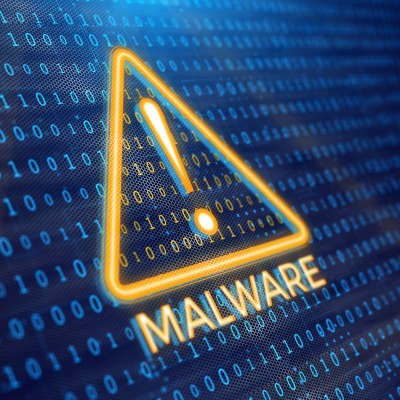 It has long been assumed that computer viruses are a Windows operating system exclusive, that Macs are immune from these issues. Let’s examine the validity of these assumptions, and how much you need to be invested in your technology’s protections.

Spoiler Alert: Macs Do, in Fact, Get Malware

Not to be juvenile about it, but duh. A computer produced by Apple can just as easily be infected by malware and ransomware, just as they can also experience any of the other problems that a PC user would. Hardware failure, slowing with age, crashes, data loss—these and so many other issues can be seen in a Mac.

So, where do we get the widespread opinion that Macs are somehow immune to the issues that Windows devices suffer from?

In short, advertising. Over the years, Apple has had some brilliant advertising campaigns behind it, from the classic “1984” ad that ran during Super Bowl XVIII to the brief clip of John Malkovich talking to Siri. One particular campaign, however, helped to really push the idea that Macs aren’t susceptible to computer viruses.

The “Hello, I’m a Mac” campaign starred John Hodgman as the beleaguered PC, constantly coming up short when compared to Justin Long’s Mac in a total of 66 spots. One of the most famous of these bits outlined how Macs didn’t have to worry about viruses—amongst many, many others over the four years that these ads ran.

In all fairness, these ads were truthful enough. Massive amounts of new viruses are created to attack the Windows system each year, many of them leaving Macs unimpacted. While in fairness, Macs do get viruses, there are far more variants out there that target PCs.

The question is, why?

There are Far More PCs Than Macs, for One

Back in 2018, there was only one Mac for every ten active PCs online. Therefore, if about 90 percent of computers run on Windows, it only makes sense that there would be more viruses focused on Windows.

PCs are the predominant choice for businesses and industries, schools and universities, and home users alike.

To be fair, there isn’t really anything inherently wrong with Macs. Apple’s laptops and desktops are very capable devices. The difference comes from third-party developers. Many business-oriented core applications just don’t have Mac versions, and Apple doesn’t have the low-tier hardware options that are available with the Windows platform. So, when your billing department and your video department have very different needs, there isn’t a reason for you to spend the amount that a high-end Mac costs when a mid-range PC would do the job.

At the end of the day, a Mac and a PC at the same price tier are going to be effectively the same. The big difference is your preference and what your business works best with. Of course, we also have to say that Macs can have some difficulty integrating with a network designed for the PC and the software that most businesses prefer to use.

Mac Users Aren’t Off the Hook

While the fewer number of viruses targeting them has made it seem as though a Mac is the more secure choice of computer, the environment is changing. Malwarebytes recently reported that Mac malware is outpacing PC malware for the first time. The report also states that, between 2018 and 2019, threats to Macs increased by 400 percent.

Of course, it should also go without saying that the type of computer one uses shouldn’t impact that person’s security awareness and hygiene. Macs and PCs alike need to have antivirus and other protections installed, secured by strong passwords by users who understand that risk has no brand loyalty.

At Global Tech Solutions, we are very aware of the importance of your business’ security and can assist you in protecting your endpoints and educating your users. To learn more about what we can do, reach out to us by calling (800) 484-0195.

Understanding the Benefits of Data Automation
Tip of the Week: Reviewing Some Remote Work Best P...

More posts from author
Wednesday, July 06, 2022 Zero-Trust Policies Can Keep Your Business Secure
Monday, July 04, 2022 Are Tensions High at Your Business? How to Get Relief
Friday, July 01, 2022 Know How Much is Needed to Ensure Your Business’ IT

Zero-Trust Policies Can Keep Your Business Secure
The modern cyberthreat landscape is nothing to be trifled with, so it makes sense that as threats grow more powerful, so too do the solutions used to address them. Nowadays, there is a practice that is designed to address just how serious t...
Read More