Shocking Study on the Work Week Suggests Shorter is Better 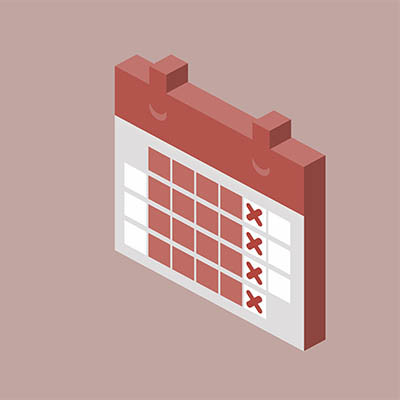 Many critics of a shorter work week believe that cutting the number of hours worked throughout the workday or work week could potentially lead to a decrease in productivity, but a new study from Iceland suggests that this simply is not reality. This study suggests that productivity should no longer be a cause for concern when it comes to a shorter work week, as its astounding results show what really happens when you reduce the number of hours worked without reducing pay.

Introduction to the Study

The study, published by Autonomy and Alda, as well as the Association for Democracy and Sustainability in June of 2021, took place over five years and examined workers from several different industries in Iceland. There were two parts to the study: one conducted by the city of Reykjavík and another performed by the Icelandic government. In both parts, employees worked shorter hours during the work week.

Of particular note here is that the employees participating in these trials did not suffer a reduced salary or wage while working fewer hours. They worked an average of 35 or 36 hours per work week while the control group worked the standard 40 hours expected of most positions. By the end of the study, it involved around 2,500 employees from over 100 workplaces.

Both trials hoped that shorter work hours could address poor work-life balance and improve productivity; the results might surprise you!

The results of this study showcases that the shorter work week presented several benefits to employees. The study found that these trials showed reductions in working hours “maintained or increased productivity and service provision” and also “improved workers’ wellbeing and work-life balance.”

The report examines the following:

One of the reasons why employers are so worried about shorter working hours is that it can unintentionally lead to overwork as a result of having fewer hours in the workday to get things done, but the anecdotal evidence suggests that this is simply not true. Employees found that it was easier to organize themselves and their work processes with the shorter workday. This goes for managers, too.

Service provision was also unaffected—at least, in a negative way. As evidenced by the study, “On the whole, indicators of service provision and productivity either stayed within expected levels of variation, or rose during the period of the trial.”

In perhaps the most interesting part of this study, we get to the wellbeing and work-life balance aspects of shorter work days and weeks. The indicators for this part of the study were examined close to the end of the study, where stress levels and energy levels were measured. For work-life balance, employees in the shorter work day group discovered that they had much more free time to spend time with their families and were less likely to say no to overtime when it was needed. They were also less likely to take on a part-time job.  Other benefits included easier-to-do errands, more balance in participation in home duties, more time for oneself, less stress at home, more exercise, and so many others. It is evident that work-life balance saw many improvements for these employees.

What do you think about shortening your workdays? Do you think that maybe everyone could make use of a couple extra hours to enjoy life on a Friday afternoon? Let us know your thoughts in the comments below.

How to Build the Perfect Server Room for Your Busi...
7 Technology Terms That End Users Should Know

How You Can Help Keep Your Employees Healthy in the Workplace?
Looking back at the past few years, it’s little wonder that many people have become more concerned about their health—particularly when it comes to the workplace and spending extended amounts of time in the vicinity of other people. This ma...
Read More