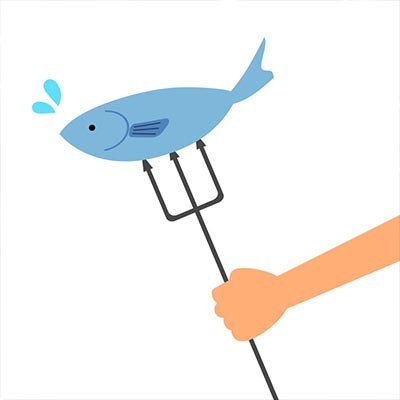 Chances are, you’ve heard of “phishing” - a cybercriminal’s scam that steals data, access credentials, and other sensitive information by fooling a user into thinking they are providing this information to someone who is supposed to have access to it. However, there are a few different kinds of phishing, based on how it is carried out. Here, we’ll discuss the realities of spear phishing, and the risks it poses to your business.

As a rule, spear phishing is a much more precise and personalized process. To keep to the “fishing” analogy, a generalized phishing campaign casts a wide net, trying to snare as many victims as possible with their scam. Utilizing vague and generic language, the ‘typical’ phishing attack is made to appear to come from a large organization, informing the user of some need for the user to take action, resulting in the hacker gaining access to the user’s information. This methodology makes the typical phishing attack fairly effective against many people, while simultaneously easier to spot if one knows the warning signs.

By comparison, spear phishing is far more precise. Instead of trying to find value in the quantity of targets snared in a trap, spear phishing takes the opposite tack. Using a highly targeted approach, spear phishing attacks are directed toward a specific individual within an organization.

This specified approach means that the generic messages that many phishing attempts leverage simply won’t be enough to fool the intended target. Instead, the hacker has to play investigator, seeking out as much information as they can about their intended target. Where do they work? What is their position in the company? Who do they frequently communicate with? Once the hacker has collected enough information to create a convincing message, they will typically spoof an email to their target. This email will usually contain some reference to a known contact or some in-progress project to make it more convincing and will request that the recipient download a file via a provided link.

However, while the link will direct to what appears to be a Google Drive or Dropbox login page, it is just another layer to the deception. Entering credentials into this page will give them right to the hacker for their use, breaching the user’s security and putting the entire business at risk in one fell swoop.

What Methods Do Spear Phishers Use?

Due to how spear phishing works, the messages sent by hackers need to be as convincing as possible. Combining extensive research with some practical psychology, a hacker has more ammunition to power their attacks.

As mentioned above, spear phishing is far less generic than the average phishing attempt. By referencing specific people, things, and events that mean something to the target, or appearing to come from an internal authority (a manager, perhaps, or even the CEO), the hacker can create a message that is less likely to be questioned. If the hacker writes their messages without any spelling or grammatical errors, as many spear phishers do, it only becomes more convincing.

These hackers are so reliant upon their target being fooled; many will purchase domains that strongly resemble an official one. For instance, let’s say you owned the domain website-dot-com. If a hacker decided to pose as you to launch a spear phishing attack, they might purchase the domain vvebsite-dot-com. Without close inspection, the switch may not be noticed - especially if the hacker creates a good enough lookalike website.

Am I A Target?

Of course, the research that a hacker has to do to successfully pull off a spear phishing attack is extensive - not only do they have to identify their target, they also have to figure out the best way to scam this target. Generally speaking, a hacker seeking to leverage spear phishing will focus their efforts on anyone in an organization who could potentially access the information that the hacker wants but isn’t high up enough in the organization to question an assignment from above.

Or, in more certain terms, a business’ end users.

In order to minimize the chances that a spear phishing attack will be successful against your company, you need to make sure that everyone subscribes to a few best practices. For example:

While spear phishing is a considerable threat to your business, it is far from the only thing you need to worry about. Global Tech Solutions can help your business secure its IT solutions and optimize them for your use. To learn more, subscribe to our blog, and give us a call at (800) 484-0195.

More posts from author
Wednesday, November 30, 2022 Tip of the Week: Improve LinkedIn Privacy
Tuesday, November 29, 2022 Unpacking Zero-Trust’s Benefits and If It Is Right For Your Business
Monday, November 28, 2022 Remember When Apple Recommended Physical Persuasion to Fix a Computer?

Tip of the Week: Improve LinkedIn Privacy
Have you ever received an email notification that someone has checked out your LinkedIn profile? While you might be flattered in the moment, you might then suddenly notice that LinkedIn is doing the same thing to you, telling others when yo...
Read More