The Internet of Things Gives Great Power to Our Phones 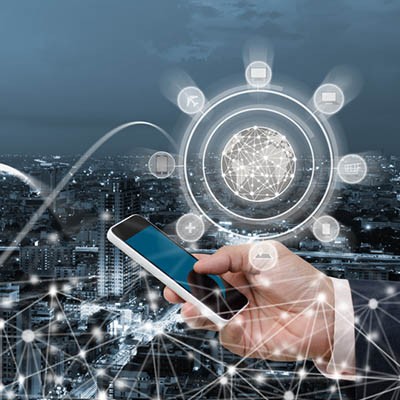 The Internet of Things is a bit of a paradox in and of itself. It has been leveraged to accomplish great things, but at the same time, it can be used in a way that can create considerable problems. However, innovations have proven that the IoT isn’t going anywhere, anytime soon, especially now that it can use the devices that we carry in our pockets.

Taking the IoT to New Heights
Smartphones are notorious for swiftly becoming obsolete, which means that there is a great opportunity to repurpose them and give them new life as a critical component of an IoT device. Just ask NASA.

The National Aeronautics and Space Administration has long been sending satellites into orbit - despite the intense costs to construct them, let alone get them where they need to go. To help decrease these costs without sacrificing the insight that these satellites provide, NASA started the PhoneSat Project in 2009. Rather than sending a few conventional, expensive satellites into orbit, many nanosatellites can be built from off-the-shelf components and sent into space. These nanosatellites rely on smartphones in order to function.

This initiative has appeared to be very successful, as version 2.4 of PhoneSat, “CubeSat,” reentered the atmosphere on January 31, 2017 after spending more than three years orbiting Earth. These nanosatellites have a relatively tiny price tag of $8000, and have, thus far, proved massively successful.

Bringing the IoT Down to Earth
Of course, the IoT has far more uses that are much more practical to the user who is not affiliated with NASA. Samsung Electronics created a team whose task was to figure out ways of taking older models from the Galaxy line of phones and figuring out how to leverage them as an IoT device. This “Galaxy Upcycling” team created a huge variety of IoT-powered purposes - including a few for the owners of hungry pets. The Smart Fish Tank they developed could feed the fish through a text message, and the Smart Pet Bowl would send the doting pet owner a picture whenever Fido or Fluffy chows down. This project has since been completed, the final product anticipated to be released soon.

Security Concerns
Of course, the same issues plague the IoT powered by a smartphone as have plagued all IoT devices that have come before: namely, security concerns. The IoT is notorious for its devices not having sufficient security installed, and often have no real way to update later. Time will only tell if this will eventually be a fatal flaw for the IoT, or if it will be overcome.

What do you think? Would you consider using an old smartphone to make another object smarter? Tell us why or why not in the comments!