Your Technology’s Batteries, Then and Now 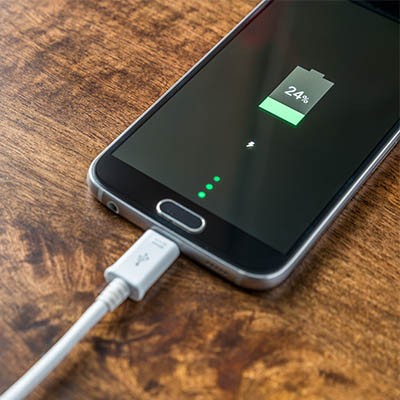 Mobile Phones and Their Batteries

Cellular phones have been around on the open market for about 35 years. In the 1980s and 90s, these devices were bulky and had considerable heft, as did the nickel-cadmium (NiCD) batteries that powered them. These batteries couldn’t power these phones for very long at all, and had a relatively short lifespan (especially if charged when they still had some juice in them).

This didn’t stop the demand, however, and so improved batteries were manufactured using nickel-metal hydride (NiMH). This material was lighter, charged back up more efficiently, and while they still had a severely stunted lifespan by today’s standards, they degraded more slowly that NiCD batteries. This technology hit the market in the late 1990s, leading to considerable growth in the cellular phone market.

This growth eventually led to the introduction of the smartphone, making the NiMH batteries an ineffective option - there just needed to be more power in order to run what effectively boiled down to a computer in your pocket. As a result, lithium-ion batteries were developed. These batteries lasted longer, charged more quickly, and didn’t degrade over time. The one drawback to these batteries is the increased price, which helps to explain the sudden increase in the cost of a phone in recent years.

Even more recently, the lithium-poly ion (Li-Poly) battery was developed, offering about 40 percent more power than NiMH batteries. Unfortunately, the cost of production has prohibited them from being used in anything other than flagship devices.

Batteries of the Future

As our technology continues to advance, so must the batteries that power it. Lithium-ion batteries are already being improved by up to three times performance, the graphite they once contained being replaced with silicon. This is far from the most intriguing example of tomorrow’s tech we’re apt to see in our batteries, too:

For now, it is probably best to understand the batteries we have around today, and how to best handle them.

An increasingly mobile world will require the power to be available to support it. We can help support your business’ mobility in other ways, keeping it secure and reliable. To learn more, call (800) 484-0195 today.

Facebook Twitter LinkedIn
Tags:
Smartphones Mobile Device Batteries
How IT Services Fit In the Modern Office
Your Business Could Benefit from Blockchain

More posts from author
Tuesday, September 29, 2020 What to Look for When Purchasing Workstations
Saturday, September 26, 2020 A Long Look at Compliance Concerns
Friday, September 25, 2020 Partition Your Network to Prioritize Network Resources

Partition Your Network to Prioritize Network Resources
Wi-Fi can be found in many homes and businesses alike, as it is perhaps the simplest means of connecting your various computers and mobile devices to the Internet without installing networking cables or risking going over any data caps you ...
Read More